Skip to content
HERE’S THE LATEST EMAIL NEWSLETTER FROM GUNNAR
Dear Everybody,
I get so busy doing cool stuff that I forget to tell you about it 🙂  This is just some of the cool things going on this past year – Enjoy!
1. BIRDS SING, THE WORLD SMILES IN NEW VIDEO!
2. HOLIDAY SONG (WITH LYRICS BY ROB MEURER)!
3. GUNNARMADSEN.COM NOW TOTALLY SECURE – IT’S JUST YOU AND ME, BABY!
4. GM PRODUCES NEW CD OF MUSIC FOR HOSPICE BY CURRAN REICHERT!
5. SHAGGS FILM MUSICAL TANTALIZINGLY CLOSE!
6. SHEET MUSIC HOLIDAY SALE – 5 DAYS ONLY!

Sirius/XM has been playing this song of mine for a few years now, and I thought it’d be fun to treat all those satellite listeners  to a music video.  This is my favorite animation so far, based on one of my favorite songs (from my 1998 album “The Power of a Hat”).  It’s got joy from here to Sunday and back again.  Give a listen, give a hoot, wake up to a tweety feeling no matter what happened the night before 🙂   View on Youtube, Vimeo, or at my home, GunnarMadsen.com
—-

Christmas Night With You 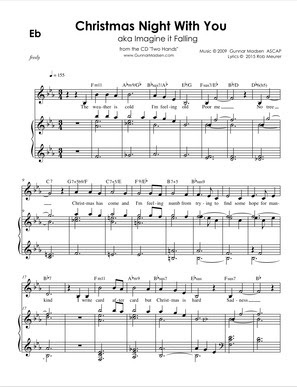 When I wrote and recorded “Imagine It Falling” for the album “Two Hands”, the producer Kent Sparling remarked that it would make a great holiday tune.

He was onto something…

In December of 2015 I mentioned this piece of music to a fine lyricist and friend, Rob Meurer (songwriter/keyboardist with Christopher Cross), who was so taken with it that he turned out some awesome lyrics in a single weekend.  Before he or I’d gotten to publish it, Rob died tragically in a hit and run accident.  The shock of his death made me put this song away.  It felt too raw to try and do anything with it.  A few years on, I’m ready to let this out into the world.  I’ve made a demo with me singing and playing piano, and have put the sheet music on my website for anyone who’d like something fresh to sing at holiday time.  If you’ve got an open fire, roast chestnuts!
Available in 2 keys, Eb and C!  Listen now on SoundCloud!
—-

Visit www.GunnarMadsen.com and you can be assured that your information is secure and safe.  From now on, whenever you visit, whether to just enjoy videos and music, or to purchase sheet music, you’ll see the little “lock” icon in the URL and, yes, the powerful letter “S” has been added to the http:// header, meaning that we are taking care of you!  If you must lose sleep, this can no longer be your reason.  Come on over and visit, you’re protected!
—-
Hospice Music 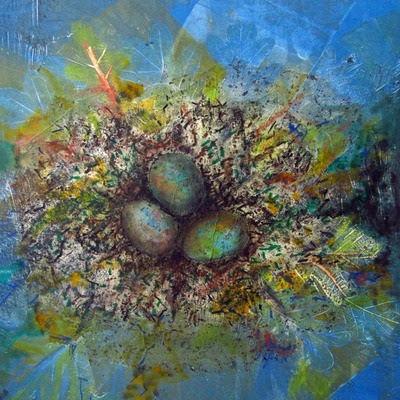 I’ve produced other recordings with the Rev. Curran, but when she showed up with this music, it was different from her other projects.  The music here is incredibly gentle and delicate, she sings in a restrained lullabye voice, and all the songs are about making room for the next step.  This music is a balm for the soul.  Its focus is on hospice, but it’s for anyone who wants peace in their ears.  Give a listen.  The music is offered for free.  Download and enjoy.  It’s called “Rest:  Songs of Comfort and Peace”.
—- 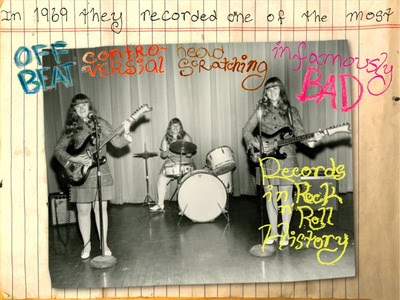 We’re currently negotiating with a couple different set of investors over the last little bit of cash needed to hire the catering truck and the special effects technicians, but otherwise we’re good to go!
Our cast includes:
Steve Zahn as Austin Wiggin.   You’ve seen him in Dallas Buyers Club, Reality Bites, That Thing You Do!, Out of Sight, Riding in Cars with Boys, Treme, and War for the Planet of the Apes.
Allison Tolman as Annie Wiggin.  Her portrayal of police officer Molly Solverson in the first season of the FX television series Fargo earned her Emmy and Golden Globe nominations.  You’ve seen her on Brooklyn 99, Castle Rock, Drunk History and Good Girls, among many others.
Elsie Fisher as the indomitable daughter Dot.  She starred in the hit movie Eighth Grade (Golden Globe Nomination), while her voice is all over the Despicable Me films.  She also presented at last year’s Academy Awards.
Sydney Lucas as the fiery Betty.  For her work in the Broadway hit “Fun Home” she received a Tony nomination, Drama Desk and Lucille Lortel nominations, and an Obie award for her performances.
Elena Kampouris as the tender and fierce Helen.  She is known for her roles in Men, Women & Children, NBC’s American Odyssey, My Big Fat Greek Wedding 2, and Before I Fall. She made her Broadway debut in Les Liaisons Dangereuses as Cécile Volanges.
Our team includes:
Me!  Composer and co-lyricist
Ken Kwapis Producer/Director (One Mississippi, The Office, Sisterhood of the Traveling Pants, Freaks and Geeks, A Walk in the Woods)
Joy Gregory Screenwriter and co-lyricist (Joan of Arcadia, Madame Secretary, Switched at Birth, Swingtown)
Craig Wedren Music Producer (School of Rock, Velvet Goldmine)
Howard Paar Music Supervisor (20th Century Women, Diary of a Teenage Girl, Dogtown & Z Boys)
Alex Beattie Producer (Happyish).
While writing new songs for the film I’ve been happily rooting through the music of the 60’s like a french pig snuffling truffles, cadging the ethos, the style, the gestalt of the songwriters and bands and producers of the era.  The result, filtered through my ears and cortex and fingers, are some of my proudest accomplishments – Brand-new Pop songs of the 60’s, available Now in the Future (which is now, or, at least, soon).
Before long I’ll be sharing a box of popcorn with you all to celebrate as the lights dim and we all turn off our cellphones together.  How do I like my popcorn?  Buttered, with a hint of truffle oil.  Oink on!
—-
Sheet Music 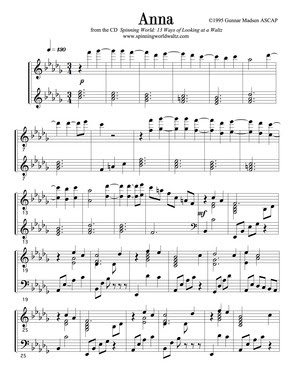 To celebrate the release of my first-ever holiday song, and the fresh and robust security of my website, all sheet music will be on sale through the end of November!
From now until the turkey and cranberry leftovers are all gone, you can have ANY piece of sheet music at 1/2 off the regular price!
Load up now!  Have a heaping spoonful of delicious notes, and go back for seconds, or thirds, fourths, fifths or even tritones (groan)!
Peace, and Truth, and Love,
Gunnar

This site uses Akismet to reduce spam. Learn how your comment data is processed.